Costco Wholesale Corporation, doing business as Costco, is an American multinational corporation which operates a chain of membership-only warehouse clubs. As of 2015, Costco was the second largest retailer in the world after Walmart and as of 2016, Costco was the world's largest retailer of choice and prime beef, organic foods, rotisserie chicken, and wine. Costco is ranked #14 on the Fortune 500 rankings of the largest United States corporations by total revenue with total sales of $141,576,000,000.

Costco's worldwide headquarters are in Issaquah, Washington, a suburb east of Seattle. The company opened its first warehouse in Seattle 36 years ago in 1983. Through mergers, Costco's corporate history dates back to 1976, when its former competitor Price Club was founded in San Diego, California. As of July 10, 2019, Costco had a total of 776 warehouses: 539 in the United States and Puerto Rico, 100 in Canada, 39 in Mexico, 28 in the United Kingdom, 26 in Japan, 16 in South Korea, 13 in Taiwan, 11 in Australia, two in Spain, one in Iceland, one in France, and one in China. Costco has 245,000 employees wordwide with 135,000 of them being in the U.S.

Costco is the nation's largest wholesale club operator (ahead of Wal-Mart's SAM'S CLUB). Primarily under the Costco Wholesale banner, it serves nearly 95 million cardholders. Stores offer discount prices on some 3,700 products (many in bulk packaging), ranging from alcoholic beverages and appliances to fresh food, pharmaceuticals, and tires. Certain club memberships also offer products and services, such as car and home insurance, real estate services, and travel packages. Costco generates most of its sales in the US. The average size of a Costco store is 145,000 sq. ft. The average Costco store generates over $185,000,000 in sales. 165 Costco locations generated annual sales greater than $200 million last year. Of these, 60 warehouses exceeded $250 million in annual sales, and two recorded sales in excess of $400 million. Costco is the only national retailer in the history of the United States that can boast of average annual revenue in excess of $185 million per location.

The Ceiling Pro network of Service Providers works with Costco stores all across the U.S., in Canada, and in Mexico Ceiling Pro International in the Twin Cites services the 7 Costco stores in Minnesota.
Costco calls on Ceiling Pro for a variety of cleaning services, primarily in the bakery, deli, rotisserie chicken roasting area and the food court. Using our 20 proprietary solutions, Ceiling Pro services include the following:

Ceiling Pro is proud to have Costco Stores as one of our national accounts. We also are a very satisfied Costco Executive Member! 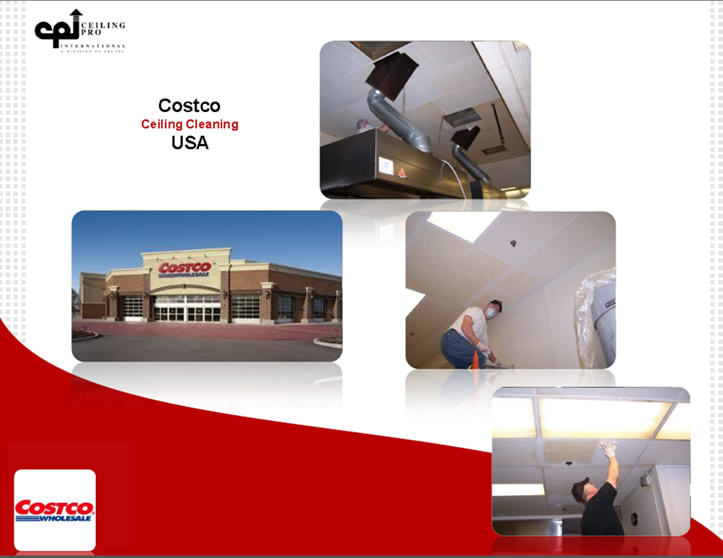 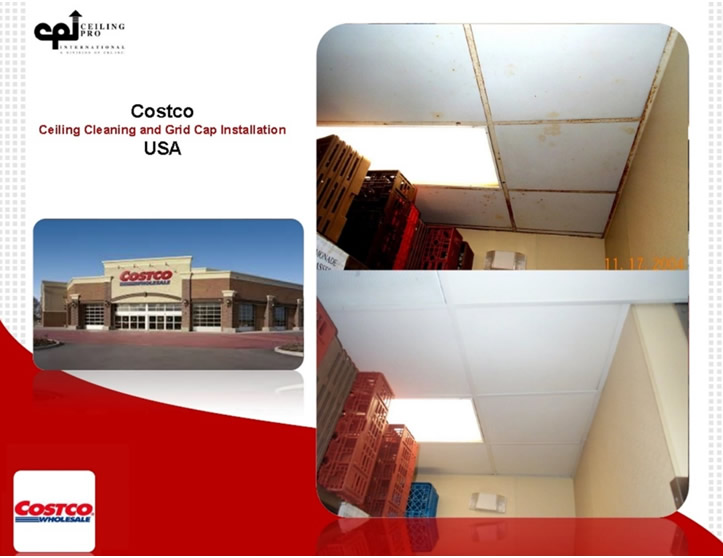